The Riverfront Park is one of those places you would not want to miss out when in the city. From dawn to dusk, the riverfront can keep you very well entertained. At dawn, mingle with locals to catch the day breaking; watch the spectacular sunrise over the river and enjoy the flurry of early-morning activity as you leisurely stroll by the riverside freshened by the cool river breeze. Here at the confluence of the Tonle Sap, Mekong and Bassac Rivers, you can also expect series of interesting river activities.

Check out the many café, restaurants, galleries and shops in the area. The Royal Palace, Silver Pagoda and the National Museum are also in the vicinity of the riverfront; all within walking distance from one another.

The 15th Century Wat Ounalom is also here; only a short distance from the Royal Palace. Built in 1422 by King Ponyea Yat, the last king of the Khmer empire, this is today, the head quarter of the Cambodian Buddhist patriarchate; the residence of the Chief Monk. Besides the temple itself, there are schools, libraries, living quarters and the stupa that gives the temple its name; the stupa holds an Ounalum, a hair from the eyebrow of the Buddha.

In the evening, check out the dozens of pubs that sit along one side of the Sisowath Quay overlooking the river. The side streets are also crowded with eateries, restaurants and bars. 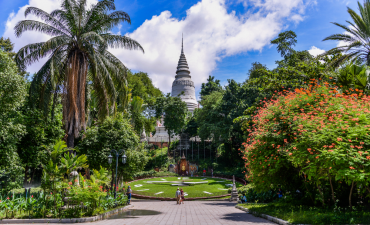 The Wat Phnom temple is the most significant of all the temples in Phnom Penh. It is from here that the city of Phnom Penh was born. 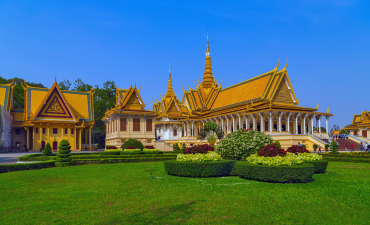 The Royal Palace of Cambodia is a complex of buildings although it is generally understood to be the royal abode of the King of Cambodia. 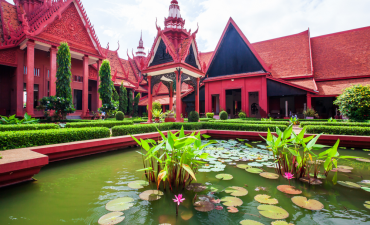 The National Museum of Cambodia in Phnom Penh is the country’s leading historical and archaeological museum inaugurated by King Sisowat in 1920. 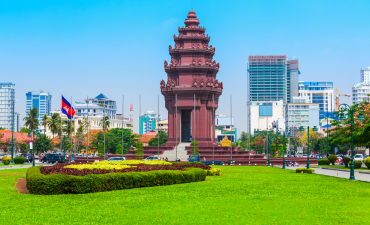 Located at the intersection of Norodom Boulevard and Sihanouk Boulevard in the heart of Phnom Penh city, the Independence Monument attracts many touri... 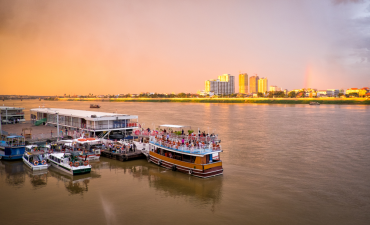 Rivers are the foundation of our society. The mighty Mekong River is indeed, in more ways than one, the lifeline that runs through the heart of south-... 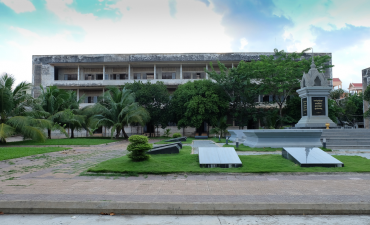 Prior to 1975, Toul Sleng was a high school. When the Khmer Rouge came to power it was converted into the 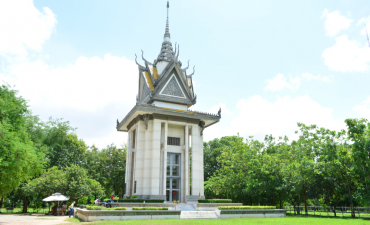 Located about 17km south of Phnom Penh, Choeung Ek was once an orchard and a Chinese graveyard. It 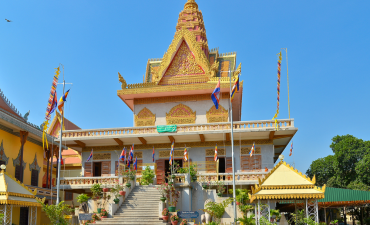 The origin of the Ounalom Pagoda can be traced to as far back as the 15th Century. It was built in 1422 by 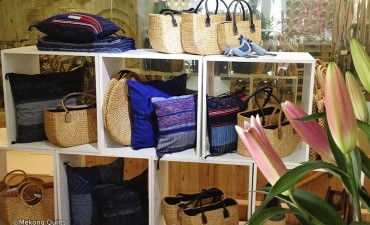 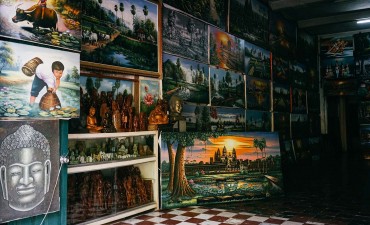 The Toul Tum Poung market, also known as the Russian market, is Must Visit of Phnom Penh. 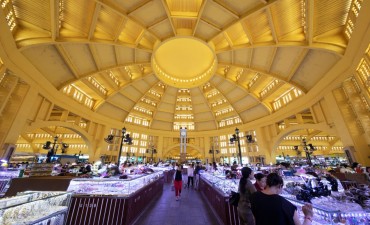 My lockdown fantasy: I wish I was back in the bustling, mind-blowing beauty of Phnom Penh

Hovering like a banana-coloured flying saucer above the dusty, congested streets of scooters and cyclo taxis, the central market of Phnom Penh is a re...

Built to commemorate the success of Prime Minister Hun Sen’s Win-Win policy that brought the return of solarity and peace to the nation, the Win-Win M...

One of the more popular tour programs in Phnom Penh is a night cruise on the Mekong river, leisurely enjoying the stars in a romantic environment.

The memorial is dedicated to the late king’s accomplishment in liberating Cambodia from France in November of 1953.

Central Market, the Phsar Thmey built in 1937, is a stylish Art Décor rotunda with wings extending in four different directions.