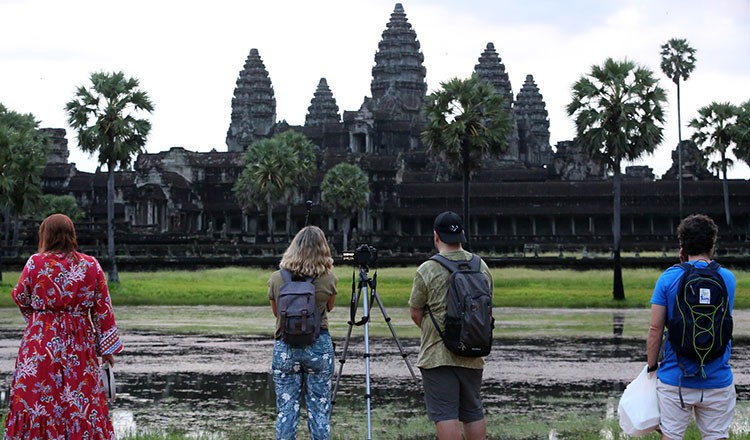 The ancient site made $3.37 million in revenue from ticket sales during the January-July period this year, also up 13 folds year-on-year, said the state-owned Angkor Enterprise’s statement.

In July alone, the Angkor welcomed 23,871 foreigners, up 52 times compared to the same month last year, it said.

Located in the northwest Siem Reap province, the 401-square-km Angkor Archeological Park, inscribed on the World Heritage List of the United Nations Educational, Scientific and Cultural Organization (UNESCO) in 1992, is the most popular tourist destination in the Southeast Asian country.

Tourism Minister Thong Khon said on Monday that foreigners, who come to live and work in Cambodia for two years or longer, will be allowed to visit the Angkor free of charge, saying that the move was to encourage more tourists to the site.

He said foreign tourists buying a one-day entrance ticket can visit Angkor for two days, while the three-day pass will be increased to five days of visit and the seven-day pass to 10 days of visit.

Long Kosal, deputy director-general of the Apsara National Authority, said Angkor is predicted to attract more tourists in the coming months and years as the Covid-19 pandemic has waned.

“As our country has reopened its borders to all travellers without quarantine, I believe that more international tourists will spend their holidays at Angkor in the near future,” he told Xinhua.

During the pre-pandemic era, Angkor received up to 2.2 million international visitors in 2019, generating 99 million dollars in revenue from ticket sales, according to the Angkor Enterprise. Xinhua